Comedy did not appear out of nowhere.

There were greats that came and changed the landscape forever.

If you would like to learn more about them, we welcome you to read the page below.

Remember the Comedians for they leave more behind than laughter

The Chicago Comedy Guide proudly pays tribute to the Guru of improv, Mr. Del Close. While the general public knew little of him, Del is often considered be a patron saint to improvisors. Considering that he thought of himself as a warlock, anything is possible. 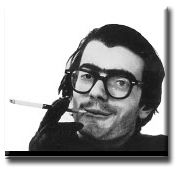 Leaving his home in Kansas at an early age to join a traveling side show, could there be any doubt that he would lead an interesting life? Joining the Compass Players, he followed them from St. Louis to New York. There, Del Close developed a stand-up and Broadway career as well as creating the classic album How to Speak Hip, while fellow cast members Mike Nichols and Elaine May began to get their own notoriety.

While he moved to Chicago in 1960 to perform and direct at The Second City, he moved to San Francisco after being fired for substance abuse. Both Chicago and substance abuse will continue to be a theme for the rest of his life. In San Francisco for the bulk of the 60s, he became the House Director of The Committee and toured with the Merry Pranksters.

Close became a mainstay of American comedy in the 70's and 80's, though in true Del fashion, never was known himself. Directing at The Second City in Chicago, as well as Toronto at one point, his students flooded the world scene in Saturday Night Live, SCTV and even TV dramas. Once Lorne Michaels left SNL, Del became an artistic director. Allegedly this ended upon an argument about whether an actor should leave space for an imaginary towel when taking an imaginary shower. 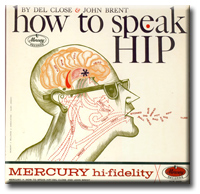 He became the house long form improv guru at Improv Olympic. Spending years teaching while also having small parts in seemingly every movie filmed in Chicago at the time (including The Untouchables, Ferris Beuller's Day Off, a League of Their Own, the Blob, and many others) Del was satisfied with periodic stage performances including a play of the Chicago 7 trial. He co-authored the graphic horror anthology Wasteland as well as some of Munden's Bar. But for comedians, he's probably best known as the driving intellectual force behind Truth in Comedy.

Though most believe that his skull can be seen at the Goodman Theatre for use in Hamlet productions, the reality is that his skull was cremated with the rest of him. But the legend lives on, including the "Dell" award that is given out in Chicago, which is in the form of his skull.

His influence can not be overestimated. From Martin de Maat in his childhood seeing Del Close perform to a huge percentage of cast members on SNL influencing the next generation that is still developing, Del continues to live on. Alas, poor Del Close, we knew you...and you will be missed.

Notable students of Del Close include, but are not limited to:

The Chicago Comedy Guide proudly pays tribute to Harold Allen Ramis, one of the greatest influences on comedy whose contributions were often overlooked by the world at large. Even though his was a household name, most had only known him from his own comedic appearances in SCTV or as Egon Spengler in Ghostbusters. The reality was far more important as his writings and as a director of such films as Caddyshack, National Lampoon's Vacation, Groundhog Day and Analyze This. Then there were others that he just wrote or performed in, such as Meatballs and Stripes. Each was considered a watershed of the comedic world and influenced the great comedians of the succeeding generation.

Ramis was born right here in Chicago, living on the North Side. This certainly helps explain his affinity for the Cubs, where he had led the fans in his rendition of Take Me Out to the Ball Game.

He went to college at Washington University in St. Louis where he continued his artistic growth and started to exercise his writing skills.

Returning to Chicago after college, he became a substitute teacher while studying at the Second City as well as becoming a freelance writer for the Chicago Daily News. This gave him experience in the world of comedy as well as becoming a more prolific writer, while his experience teaching students, many of whom came from the projects, providing some of his social outlook.

His writing freelance for the Chicago Daily News resulted in his next step, which was to another Chicago Institution. He became a joke editor for Playboy magazine. This was obviously a very different sort of writing experience but certainly exposed him to many things that helped him to think outside the box for his comedy.

After becoming a performer at the Second City, he took some time of, being replaced on stage by John Belushi. When he returned, his more traditional roles were now being played by someone else. He then struggled to find a new identity and found it playing a variety of more low status characters, with the notable exception of also playing the super-intelligent nerd type. That character style was later reprised in Ghost Busters.

He then went to New York along with Bill Murray and began work on the National Lampoon Radio Hour. This time also exposed him to a lot more talent that he would be working with later in his career. Likewise, the experience helped shape his comedy and became the jumping off point for his future.

Partnering up with others from National Lampoon, he swapped college experiences with his fellow writers and the result was Animal House. Success led to further success and his impact on Chicago comedy can not be overstated.

Harold Ramis proved to be a loyal friend and often collaborated with people that he liked, returning to work with them over and over again. Just a few of the more notable names of people he collaborated multiple times includes:

In 2010 he contracted an infection which led to an autoimmune disease. The autoimmune inflammatory vasculitis let do his inability to walk for a time and complications led to his passing several years later. He died as he was born, in the northern parts of Chicagoland. In this case, his home on the North Shore.

He leaves behind family, friends and audiences from around the world are the poorer for his no longer being with us.

He will be missed.

Martin de Maat was one of the leading inspirations to a whole generation of performers that developed out of the Chicago comedy scene. As a teacher and artistic director at The Second City, he trained people at every level. This included being the first to mold new talent to helping direct the graduation shows held at the ETC stage. 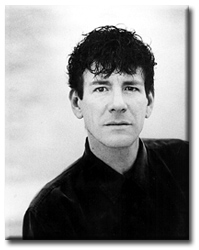 While wildly different in approach, he and Del Close were perhaps the two main figures of the 80's and 90's Chicago improv comedy scene. Del is often characterized as the father of long form improv, and Martin more for the Second City approach. Both, however, believed in the organic nature of improv and the importance of supporting your fellow actor. Comedy was meant to come from the character rather than from some witticism done at the expense of the reality of the scene.

Martin started young as a student in a children's program tough by improv guru Viola Spolin. It would seem that Martin had improv in his genes as the beginning of a new generation of improvisers.

Likening decision-making to sitting at a bus stop, he once said that if you miss a bus you don't need to worry, another would be coming on soon.

While he built a reputation as a director and art director in New York City in the 70s, he started as a Second City dishwasher and had begun teaching classes at 18. Working with his aunt, Josephine Forsberg (an assistant to Viola Spolin), he returned in 1984 to teach at the Players Workshop. He was asked by Sheldon Patinkin to join the Second City Training Center and quickly became its artistic for the next 15 years.

Martin passed away among friends and family at the Cabrini Medical Center in New York City from complications due to pneumonia. Even though passing in New York, his medical center had a familiar Chicago name.

A plaque hangs at the entrance to the Second City Training Center that puts it best with one of his most often remembered quotes: "You are pure potential." And that he was. He will be missed.